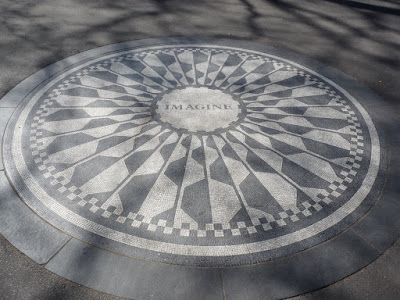 The picture above is of the mosaic in Central Park's Strawberry Fields. Usually it's filled with flowers and other mementos but I took this picture early in the morning.

I really enjoyed seeing Stomp last night. If you like rhythm circles this one is fantastic - they use brooms, lighters, matchboxes, their bodies, plastic bags, garbage cans, empty soda glasses...all sorts of things you would never imagine could make such nice sounds.

One highlight for me was stopping for a hot bowl of borscht on a rainy night, at the cafe directly across the street from the Orpheum Theatre. That place is so small it's not even on Google as far as I can tell.

I have an old picture from Butte of the Success Cafe, which claimed to be the smallest cafe in the world, but I think this place in NYC takes that record now. The place had a row of stools at the counter and tables against the wall. I was sitting at a table, and the place is so narrow the waitress, who was standing behind the counter, could hand me my bowl of soup by reaching between the people at the counter. 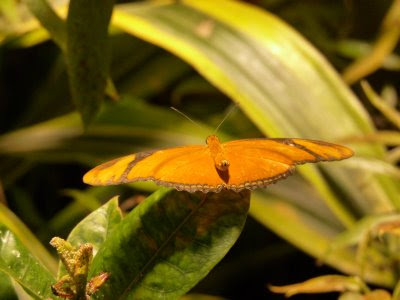