What Do You Mean?

In the video Jordan Peterson says something, not particularly intelligible to the non-indoctrinated, and gets a big round of applause.

Sam Harris replies with something close to, "I have to do some work to figure out what point your audience thinks you made." which draws a big laugh. This conversation starts at 1:00:00 if you want to check it.

The word philosophy comes from from Greek φιλοσοφία, philosophia, literally "love of wisdom"

In order to gain wisdom you need some way to communicate. Speech and writing are two common ways we communicate. When we speak or write we use words.

Assume one of your coworkers comes into the office and says to her fellow coworkers, "I ran into a tree on my way to work this morning."

One person may think, "she was jogging to work and ran into a tree".

Another may think, "she was driving to work and ran into a tree".

A third may think, "she says she ran in to (inside) a tree on her way to work, and I see she's holding a cup of takeout coffee, - cool there's a new coffee shop in town that's inside a tree". 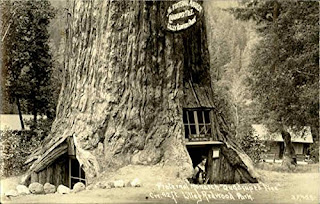 Words have a meaning right?

In the case above if you could see into the minds of the three people envisioning the "tree" the woman ran into - what would you see? A pine tree, oak tree, a big tree, small tree..etc.

The indeterminate meaning of the word tree, doesn't really matter for the first two listeners. The speaker can communicate the essence of her meaning without describing the type and size of the tree. The listeners kind of know what she's talking about - she was driving, or jogging, and collided with a tree.

However for the third listener the indeterminacy of speech leads to a complete misrepresentation of the meaning the speaker was trying to communicate.

If you find this sort of discussion interesting the BBC Radio 4 Philosophy podcast has an episode discussing Ludwig Wittgenstein and other philosophers who considered the difficulty humans sometimes (often, always?) have in communicating using words.

These sorts of "failures to communicate" happen all the time but it's most observable in areas where people have some emotional attachment to the topic. Some parents (mine) recommended not discussing religion or politics in polite settings - because it almost inevitably leads to misunderstanding, hurt feeling and sometimes anger. We all know this, which is why we don't show up at a random gathering and ask people for their thoughts about Jesus or leftists or the so called alt-right. The internet changed all that of course.

Here's one more example from politics. Lets say I tell you I'm a conservative. What does that mean? Without context it means nothing. I might be someone attracted to the 18th century thinker Edmund Burke or I might be a devoted follower of the co-president of the United States Sean Hannity.

In common discourse, words or phrases like conservative, liberal, left, right, far left, far right are mostly just an attempt by some humans to figure out who's part of their tribe. For those unencumbered by the thought process, words like these are rocks they carry in their pocket to throw at the enemy.

Here's the thing though...

Thoughtful people of good faith care deeply about words, writing, speech because they care about meaning. Not meaning in the sense of what does this or that word mean but meaning in a broader sense - wisdom and knowledge that we can communicate and retain as human beings, now and in the future.

The New York Times article Paging Big Brother: In Amazon's Bookstore, Orwell Gets a Rewrite is one example of how this kind of dilution of knowledge is happening.

Unless we all want to live in the idiocracy we need to hold on to meaning.