It's a beautiful sunny morning and predicted high today is 50 degrees.

RTWDoug is at the show this year. This is his signature line from ADVrider -

There's lots of pictures from the show at Motorcycle Show - PNW Riders.

Here's a random picture of my Sportster :-) 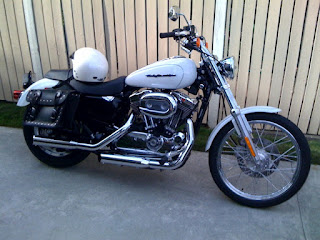