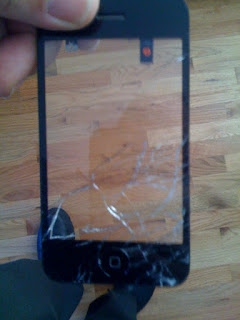 I sent a text to Tom at Jet City Devices in Ballard and set up an appointment for that afternoon. Once I showed up he had my phone glass replaced in a few minutes, with a 1 year guarantee, for $95 including tax. Jet City Devices has a shop in Chicago as well.