Has Anybody Seen My Torque Wrench? 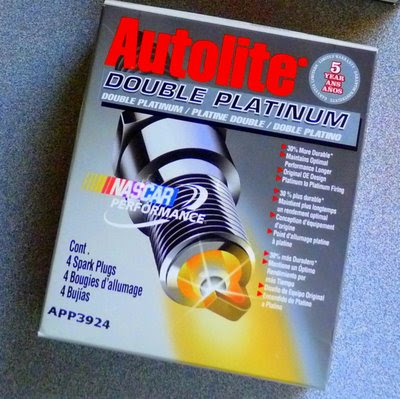 I'm putting new spark plugs in a 2002 Infiniti G20 for the first time. It's got just about 70,000 miles on it. Like the old joke goes - usually I just tighten stuff until the threads strip and then back off a quarter turn - but I want to do this in a more professional manner.

I figured out from the Autolite website that these plugs should be tightened to 15-22 ft-lbs in an aluminum head engine. I have a torque wrench somewhere but it's been so long since I used it I can't locate it. I think I saw it hanging somewhere but my memory might be playing tricks on me and I might have seen it hanging in an old house 30 years ago. I know I had a torque wrench.

The link above from Autolite says for a 14 mm gasket type plug you can tighten it 1/2 turn past finger tight and that works. Actually I've changed spark plugs and done various other shade-tree type mechanic stuff for a long time and I like to think I have a "feel" for how tight stuff has to be. It's worked fine so far - except this car has an aluminum head and I've never done anything to it. That's a pretty good car if you think about it....70,000 miles and all it's ever had is the oil, oil filter and air filter changed. The OEM plugs are good for 60,000 miles so I'm a little late on that. My almost 25 year old Chevy S10 is easy to work on but this Japanese car kind of scares me.

I got the Double Platinum plugs which as the box says provide "NASCAR Performance" - that'll be interesting because the engine in that car has always had more like sewing machine performance. I've gone back and forth from expensive plugs to middle of the road plugs (generally I don't buy the cheapest). These plugs are 3 bucks a piece and you can get a $1.50 rebate per plug so they end up being the same price as the cheapies. High end plugs use a coating of iridium nowadays. For this car the NGK IX iridium plugs are $13 a piece and the NGK Laser iridium are $20 a piece.

Usually I don't care what brand I get. I sort of like NGK and Bosch - but I'll buy Champion, ACDelco or Autolite - because I never really thought it mattered. Just yesterday B told me she happened to encounter a mechanic from the far Northwoods of Minnesota who was cursing about Champion plugs. I just thought it was a joke, but I don't know - this is a guy who works on a lot of different cars and boats out of his house so maybe he knows something. When I bought these plugs today I asked the manager of the auto-parts store, who's been there for as long as I can remember, what his favorite plugs are? He said it's a matter of personal preference for the most part - but he thinks Champion spark plugs are no good. The insulator is made out of talcum powder or something...I didn't quite follow it but apparently he sees more returns than any other brand. That's weird because I've used Champion plugs in small gas engines, cars, pickups and never had a problem. What's even weirder is that I'm sitting here on Friday night typing about spark plugs...

I got the new plugs in and put in a new distributor rotor, the distributor cap looked fine but the rotor contact was significantly burned and pitted (surprisingly the car ran fine..but I imagine the new rotor will make it run a little smoother and give it a little better gas mileage). The old plugs actually looked okay - they weren't pitted or burnt and the gap was still .043, but I figured 70,000 miles was enough for one set of plugs.

The finger tight and then 1/2 turn didn't work for me. The plugs are recessed about 6 inches into the head so I used a socket extension and tightened them to what felt like finger tight - but it was then anywhere from a 1/4 turn to a turn and a half before I felt the gasket compress and they felt as tight as the ones I removed. I used anti-seize compound on the plug threads so they don't freeze into the head over the next 70,000 miles and was very careful to not cross-thread the new plugs in that soft aluminum head.

A couple of things to know about this distributor (a) it's mounted horizontally and the cap is held by non-captive screws that can only be removed with an angled screwdriver or a small socket and (b) the rotor is not keyed to only fit in one direction, this one has a triangular shaped recess so you can install it three possible directions (only one is right) so be sure and note which way it was pointing when you take it off so you can install the new one in the same direction.

I dropped one of the screws off the distributor into the engine compartment and couldn't find it or an exact replacement. I found a screw that was slightly longer which I cut to fit and then ground down the end at an angle like the old one. Looking for the old screw and finding/fabricating a new one added a couple of hours to the job.

Here's a picture of the distributor, the old rotor and that anti-seize compound. 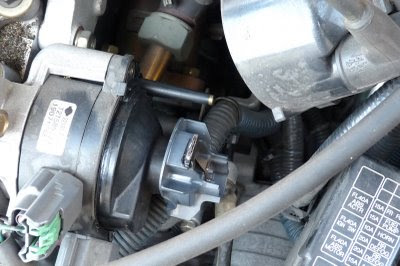 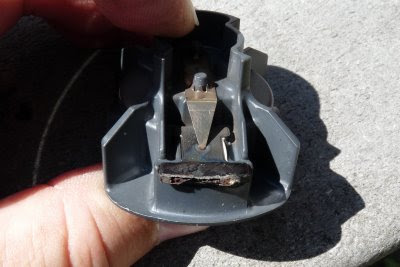 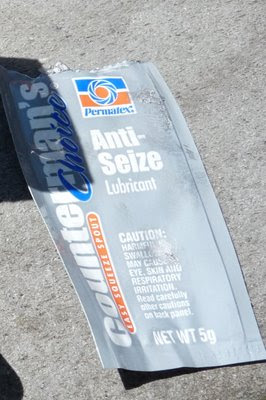 To summarize - Changing plugs, the distributor cap and rotor is a fairly simple task. When you are working on an ignition system it helps to to have a basic knowledge of what these parts do. High voltage electricity from the ignition coil passes to the contact on the top of the rotor, through the rotor to the contact on it's side and then as the rotor rotates, to the contacts inside the distributor cap which provide a circuit to each spark plug to provide a spark when the piston compresses the fuel/air mixture.

Plugs come gapped correctly for almost all cars - although you can check them to be sure the gap is correct with a gauge/gapper that costs a couple of bucks. You have to be careful not to cross thread the plugs and know that counter-clockwise loosens things and clockwise tightens things. Hold your hand out in front of you and turn it right saying "righty tighty' and then turn it left and say "lefty loosey" if you forget. Usually you remove spark plug wires by pulling on the boot on the plug (rather than tugging on the wire since that can break it). Before you remove spark plug wires from the spark plugs or distributor make sure you note which wire goes where so you can reinstall them correctly.

The distributor cap is held on by a couple of screws and has contacts inside it for each cylinder - if the contacts are worn/pitted or the cap is cracked you should replace it. Try not to drop the screws that hold the cap in place into the engine compartment. Once you get the distributor cap off you'll see the rotor. The rotor is press fit on the distributor shaft - you pull the rotor off using even pressure on all sides. Take note which way the rotor was pointing when you remove the old one so you can install the new rotor pointing in the same direction.